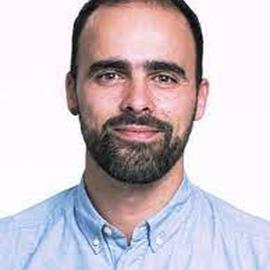 My research programme is focused on studying the evolution and epidemiology of rapidly evolving viruses that circulate in human and animal populations, such as SARS-CoV-2, yellow fever, chikungunya, Zika and dengue. Current research topics include: epidemiology, evolution and phylodynamics of viral epidemics; local and regional genomic capacity and outbreak preparedness; and implementation of One Health approaches in hotspots of emerging infectious diseases.

I coordinate the Brazil-UK CADDE Centre (Centre for Arbovirus Discovery, Diagnostics, Genomics and Epidemiology) with Prof. Ester Sabino from the University of São Paulo. In February 2020, CADDE led the initiative that resulted in the generation, analysis and report of the first SARS-CoV-2 genomes from Latin America in <48 hours. Our team then provided early insights into the epidemiology and genetic diversity of SARS-CoV-2 in Brazil and uncovered a three-quarters attack rate of SARS-CoV-2 in the Amazon region by October 2020. In January 2021, our team discovered the first cases of the SARS-CoV-2 Gamma variant of concern in Manaus. I also lead the ArboSPREAD project, a network for surveillance of arbovirus spread and persistence across corridors of ecological suitability between Angola and Brazil that characterised a Zika outbreak caused by Asian genotype lineage in Angola. I have previously co-led the ZiBRA project in northeast Brazil for real-time genome sequencing of Zika virus in Brazil.